Hiding Under the Bed

About eight weeks ago, knowing that a project was coming up for my wiki and weblog class, and also having just learned about the awesomeness of wikis, I embarked on a daring and dangerous project of cataloging the monsters of Mr. E's imagination and putting them into an online encyclopedia.

The dangerous monsters nipped at my fingers and crashed my phone's camera, but I claimed success after the initial cataloging of 26 of these monsters, and prepared plans for a further expedition. Expedition and cataloging plans.

Over the last 6 weeks of hacking through jungles of paperwork, crossing rivers of maple syrup, and peering around mountains of pancakes, we captured and cataloged 55 different species of monsters.

The key components of success were listed as:

Overall, the expedition into monstrous territory was a success, but getting other to tread where angels dare not is a challenge. There are a lot of people interested in and enjoying the humor and creativity of the monsters as cataloged, but few are brave enough to peer underneath their beds with their cameras ready, although at the wiki we welcome all contributions.

Mr. E became impatient with me, while he was creating and I was writing my seminar paper so that he began to take matters into his own hands and started taking pictures of the creatures himself. He did all the sock monster photography. I gave him a few tips on needing full light and a flat camera angle. But this excited me. He was participating in the wiki!!! Now, to see if we can move to the next step (someday).

When writing on the wiki I tried to keep it "wiki wiki," as quick is the nature of most internet surfing. For more or deeper information I linked to my sources. I  was amazed at just how much research goes into a good summary or introduction of a topic or new idea. Like, any good technical writing: the clearer and shorter the better.

Things I would change if I were to plan the expedition again:
What I like best about this whole project is that it does not end with the class (I can not deny it started with the class, though), the project is designed to continue indefinitely on the web, adding to that great curiosity cabinet of all real and imaginary things.

I have really learned to value the web for the voices it gives people. No longer do we need to interest a publisher to be heard, or have money behind us, we have the internet. And the internet has search engines that catalog and list the things they find even in the farthest corners. I don't like to brag, but my most viewed web post over the last 15 years has been the one discussing, in medical terms the impending birth of a 5th child and what that means for labor, that post has had over 500 visitors. The second most is a short post on universal health care and taxes, about 300 visitors. It excites me to be found as much as it excites me to find. We have a voice even if we refuse to pay for marketing.

And speaking of voice, (this connects into my lit project, which is focusing on women writers.) The web has given women a voice, who for centuries were silenced by the concepts of not needing education to bear children. Women came forward and blogged things that were specific to women, and often culturally taboo and connected with other women who have been in the same boat. Women's issues have been left out of literature for hundreds of years, But, it is precisely that it is left out that is so fascinating. There is a long history of not talking about the biological aspects of being a woman, for men either find it gross or uninteresting, or as my husband says "both." That is why we buy books on puberty for our girls, as it is not discussed in polite society: in case a man might overhear. At least today, the internet has helped bridge the gap. We have women willing to post pictures of miscarriage or early birth, husbands willing to show how their wife looks in the net panties after birth, no end of blog posts on pregnancy or those who are hoping to conceive. The internet marketing on period panties actually brings the word out of whispered obscurity and into our Facebook feeds.That is power, that is connection. Not only does it link us to the world, but most importantly to each other. 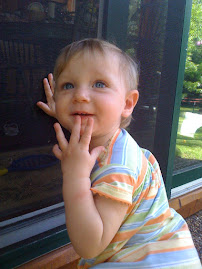